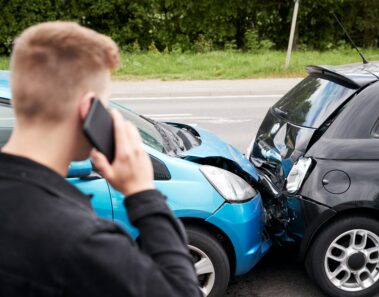 
Every time drivers hit the roadways, there is always a chance of getting into a vehicle collision. After all, car wrecks happen every day. Although one driver may head out with the best intentions for a safe drive, another might not be as attentive, which could result in an accident. The only way we all can avoid being involved in an accident is to practice safe driving tactics every time we drive.

In order to help lessen the number of auto accidents that happen, the auto manufacturing industry has been incorporating technological safety advancements into the framework of newer models of cars. These technical advancements, such as vehicle-to-vehicle communication, are meant to provide drivers with more tools and alerts in order to proactively avoid being involved in a common collision. However, car accidents still happen every day.

The following list is five of the most common car accidents and how you and your loved ones can best avoid them.

The deadliest type of car crash results from head-on collisions. Statistically speaking, head-on car crashes account for 2 percent of all car accidents and 10 percent of all driving fatalities. Unlike other distinguishable types of car accidents, a head-on car crash occurs when two cars are traveling towards each other. Most prominently, this type of crash involves a driver who is impaired or driving the wrong way for one reason or another. To protect yourself from being involved in one of these crashes, the best thing you can do is to follow the rules of the road as diligently as you can.

Perhaps the most common type of car collision, rear-end accidents account for almost half of all two-vehicle crashes. This type of accident happens when one vehicle collides into the back of another. Mostly, rear-end accidents are the result of one driver taking their eyes off the road. A few seconds of driving inattentively can be the difference between rear-ending the driver in front of you or not. In order to avoid getting into a rear-end accident, it’s best to pay attention to your surroundings and maintain vigilant eyes on the road while you’re behind the wheel.

Directly following rear-end accidents, side-impact crashes are a leading cause of two-vehicle collisions. In fact, side-impact crashes have increased by 20 percent over the last 20 years. This type of accident occurs when a driver merges across traffic lanes and collides with another vehicle who has the right of way. The best way to avoid being involved in this type of accident is to always look both ways for oncoming cars before merging into another lane of traffic.

Car crashes involving an animal can cause dire damage to not only the car but also the life of the driver themselves. Specifically, deer collisions account for nearly 1.5 million crashes every year. Animals tend to dart across the roadways, as well as neighborhoods. Although animal crossing signs remind drivers to proceed in heavily animal-populated areas with caution, these are not the only areas drivers could encounter an animal. In fact, animals could pop up on or near the roadways, as well as neighborhoods, at any time. Thus, to best prevent colliding with an animal while behind the wheel, drivers should remain as vigilant to their surroundings as possible.

Whether you are a new or a seasoned driver, it’s important to be well-versed in motor vehicle safety. By understanding what the various types of common vehicle collisions are, you can do your best to avoid them while you’re behind the wheel.

We want you and your loved ones to be safe on the roadways this holiday season. No matter where they might take you, we hope you enjoy the road ahead! 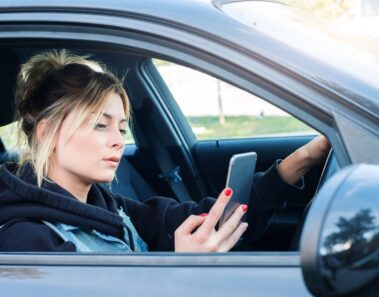 When your song starts to play in the car, what’s the first thing you do? Reach for that volume button and turn it up! This is something many drivers engage in on the way to work or school to enjoy our commute without a second thought. However, small, quick actions like this can have unforeseen […]