Buying a used car can be a hassle, although it can save you an awful lot of money up front. Still, one thing we run into all too often is somebody who buys a used car, registers it, and does everything right … and is still shocked to see a much higher car insurance premium.

If you want to keep your insurance rates low while looking for a used car, it’s actually fairly simple: Think like a car insurance company. Here are six tips to look at your car the way your insurer will.

Let’s start with where everybody starts when it comes to a used car: How reliable is the car overall? A car with a reputation as a tank is going to do a lot better in terms of insurance than a car that tends to fall apart as it ages. Another point to check, and this will save you plenty of misery both on your insurance bill and at the repair shop: Are they still making parts for your car? A car that’s simple and cheap to fix will have lower insurance rates than ones that are complicated and expensive. Imports in particular can have this problem: Look for cars built by US companies or made in US plants.

The older the car, the more dangerous it’s likely to be. It’s that simple. This is both because even a car in tip-top condition will inevitably have problems, possibly dangerous ones, as it ages, and because older cars lack the safety features of newer ones. Research the safety record of the overall model year. Were there any particular problems with this car? If you can get a later model with better safety features, that may be worth it.

Honda Accords and Toyota Camrys are safe, reliable cars that are cheap to repair. Unfortunately, that also means they get stolen a lot. Just like older cars lack the safety features of newer ones, so do older cars lack the anti-theft measures built into newer ones. This doesn’t mean that any older car is automatically a theft risk: Simply that, when looking at vehicles, choosing one that has a lower risk of being stolen will lower your insurance.

The words “Let the buyer beware” might as well be custom-tailored for the used car market. Never, ever consider buying a car without researching its history, because your insurance company will almost certainly do the same. Problems with used cars can range from flooded cars being sold as A-OK to stolen cars being pushed by unscrupulous salesmen. Even if a car is completely legitimate in every respect, there are still red flags: If the words “salvage title” pass a salesman’s lips, walk away and don’t look back. “Salvage title” means the car was already totaled by an insurance agency, and your rates will reflect that.

#6) Remember That Your Car Isn’t Worth as Much as a New One, and Tweak Your Risk Accordingly

With any car you buy, stay on top of the blue book value. Why? Because that’s the rate you can sell the car for, and as it depreciates, you need to keep that value in mind. With used cars, it’s very easy to pay more than the value of the car in insurance.

Similarly, look at your insurance and tweak your risk to the company. For example, if you think you can afford a higher deductible… ask for one. It will lower your overall rates.

There’s no reason you can’t be happy in a used car. Just do your research before buying, or it may cost you more than you ever imagined. 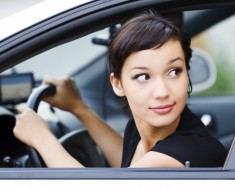