Did you know that Texas has the nation’s fastest speed limit at 85 MPH? Driving laws in different states can vary drastically. We found the 8 weirdest driving laws in the United States that you will not only find insightful, but also entertaining.

The next time you are taking a road trip from Ohio to West Virginia, it’ll be important to remember that officials in the Mountaineer State have deemed it perfectly legal for anyone to scavenge road kill. Enjoy the list of the 8 weirdest driving laws in the United States that will certainly be a good topic of conversation on your next drive.

We give credit to the creators of the 8 Weirdest Driving Laws in the United States. In our wildest dreams, we wouldn’t have been able to come up with these bizarre laws. One law that is consistent though is that it is illegal to drive without car insurance. Visit SafeAuto’s website for a free auto insurance quote. 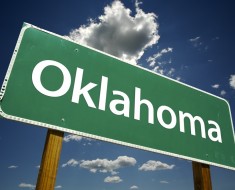