Germany is at the forefront of the race to develop the world’s first driverless car. What’s a driverless car you ask? Exactly what it sounds like. You in the driver’s seat starting the engine, then as soon as you do, you can kick back and relax as the laptop on the passenger side takes over.

According to an article in the Sydney Morning Herald, “devised by a team at the Free University of Berlin, the Passat is a highly advanced autonomous car, capable of navigating a safe path through unpredictable city traffic. It sees the world through a spinning silver cylinder mounted on the roof, a laser scanner, which generates a million data points per second to give the car’s computer a real-time map of its surroundings. Cameras and radar sensors provide further detail, alongside an ultra-precise GPS based on the navigation system used in aircraft.”

Wow. This sounds pretty crazy to us and of course, it will years before a car like this is ready for the mass market, but the fact of the matter is that it’s in the works.

Do you think that this is the future of the car industry? Do you believe that in a critical situation, an automated car would react more quickly than a human ever could? Do you think that cars will be driving themselves or flying first? We want to hear your thoughts and opinions. To participate in the discussion, visit us on our Facebook page. To get a free quote for the most affordable car insurance around, visit our website at www.safeauto.com 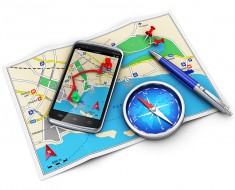