Do Driving Video Games Make You a Bad Driver? 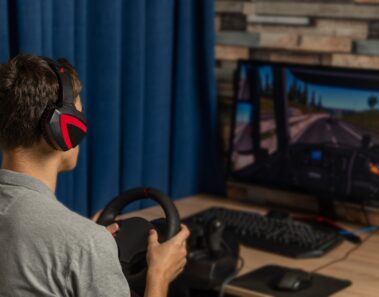 
Video games have exploded into popularity in the last 20 years, and with that demand, the rise of games in which you can drive has grown, too. There are many popular games, such as Grand Theft Auto or Mario Cart, that are built entirely around driving.

You may have wondered to yourself at some point, “Do video games that encourage driving fast affect actual driving behavior?”, especially if you have teen drivers in the house. We’re here to tell you that there is some evidence that supports that it could.

While research shows that drive racing games could affect a person’s behavior over time, it doesn’t mean that these games will change a person’s driving habits. Studies have found that teenagers who have played certain types of games—such as games that may glorify risky behavior—may be more likely to become reckless drivers than those who do not.

While playing driving video games will not make someone a bad driver, for new teenagers driving, their behavior in-game may be an indicator that can help predict how a new driver may approach the road. Research has shown that playing driving game content played in formative years can be a successful predictor of later driving behaviors.

Should I be worried about my teen driver?

Some of us are predisposed to take more risk. This is based on many different factors, and video game behavior is just one of them. While you’ll always worry about your children, when it comes to virtual racing and driving, there’s no need for immediate concern.

While there’s no cause for alarm if your teenager enjoys this type of game, it’s important to teach them the skills they need to be a safe driver. If you’re concerned about their ability to assess risk while they’re behind the wheel, ask them to brush up on defensive driving and maybe consider enrolling them in a related driving class.

Many insurance providers—including SafeAuto—will lower your monthly car insurance payments for drivers who have recently taken a course. As you get ready to unleash your teen driver on the road, we wish you luck, safety, and sanity. 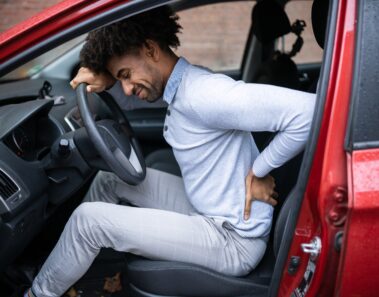 Driving Position: Why it Matters

We’ve all been there-you’re driving your daily commute, or your weekly errands and you start to feel an ache spread across your shoulders, your neck, and your back. Those everyday aches you experience while you’re behind the wheel can be due in large part to your driving position. Although the type of car we drive […]