It is with great excitement and anticipation that we can announce the second annual Do The Jingle contest has officially begun.  Beginning on Thanksgiving Day and running until January 31st, Do The Jingle will feature scores of talented individuals all aiming for the top prize of $5,000 and the chance to star in a SafeAuto ad campaign.

Much like last year’s contest, the various original entries are voted on by the general public, allowing the country (or world for that matter) to choose the winner.

There are a few changes to this years contest:

We look forward to providing the best coverage of this contest, as SafeAuto finds their new commercial talent. 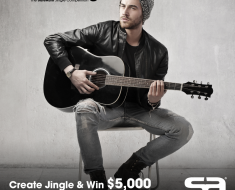