UFC fighters have the well-deserved reputation of being the toughest athletes on the planet. SafeAuto Fight Team member Dominick Cruz, the Bantamweight champion of the world, is able to fight his way through pain unlike most human beings.

Cruz underwent surgery to repair a severed tendon in his left hand at the end of January. The injury reportedly occurred while training for his title defense against Joseph Benavidez back at WEC 50. Even with the nagging injury, ”The Dominator” defeated Benavidez followed by another impressive win over Scott Jorgensen. Moving forward, Cruz realized it was time to fix his ailing hand.

Dominick Cruz sat down with SafeAuto for an exclusive interview the day he had his stitches removed. “The Dominator” was kind enough to show us a picture of his left hand 15 hours after surgery (we might have been better off without seeing it).

SafeAuto knew the toughness of Cruz would be a perfect fit for their fight team. This champion and warrior is on the road to recovery. Imagine what he will accomplish in the Octagon with a healthy hand! 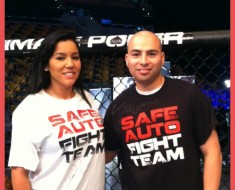 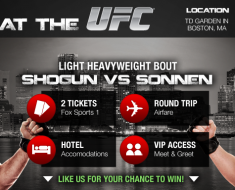