Okay, pop quiz: what’s the most dangerous component of the driving experience?

Is it the reliability of the vehicle itself? Or maybe the condition of the roadway? How about the weather conditions during the drive?

No, you know the answer to this. It’s the driver!

The National Highway Traffic Safety Commission says that out of the 10.8 million auto accidents which occurred in 2009 in the U.S., about 95% of them could be attributed to human error. The economic impact of these crashes is estimated to be somewhere in the $200 billion range. But most importantly, almost 36,000 people died in these accidents in 2009.

So, if automakers want to reduce accidents, the logical approach would be to focus on eliminating their root cause — the driver.

No, it’s not science fiction. In fact, it’s more realistic than you think.

Driverless cars, also known as autonomous vehicles or AVs, are being tested right now on American roadways. In May of this year, Nevada began issuing licenses for driverless cars as part of the latest testing phase of AVs by Google. The conglomerate has already logged more than 200,000 miles in its fleet of autonomous vehicles, and traditional automakers are also trying to design their own versions of AVs.

So just how much of an effect would driverless cars have on the number of American auto accidents?

A writer in American Scientist magazine thinks that a reasonable and attainable goal would be to match the fatality rates of common carriers like trains and commercial planes. This would entail slashing the number of annual accident deaths by 99% — or (using 2009 data) cutting the number of people who die in car wrecks annually from almost 36,000 to under 360.

So what kind of impact would such an achievement have on auto insurance rates?

A new report issued last month by Celent paints a pretty rosy picture. In essence, it says that auto insurance premiums would plunge by a whopping 80% from their current levels due to the radical increase in driving safety. So if you take your current auto insurance premium and divide it by five, that’s what you would be paying if this scenario plays out as predicted. And here’s the best part: these savings might become reality in just 10 years!

Celent does say that certain conditions have to be met for this to happen.

But if all of this does fall into place, Celent estimates that auto insurance rates could drop by 80% by the year 2022.

Even with all of these “ifs,” the notion of driverless cars is still an attractive situation to envision; certainly, cheaper auto insurance is something anyone would love. But despite the jaw-dropping technological advancements, it’s still difficult to imagine that by the time today’s babies and toddlers are old enough to drive, they may actually not have to do so at all. 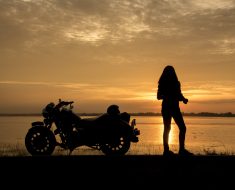