How To Avoid Hitting a Deer This Autumn 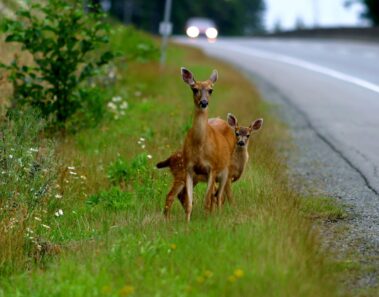 
With fall finally upon us, the beginning of migration season starts for many animals across the country. Because of this, people begin to encounter more wildlife. One of the most prominent species frequently seen this time of year is deer.

During the autumn months, deer begin to appear near our roadways and in our neighborhoods. Thus, knowing what to do when you encounter one while driving can be the difference between life or death for the deer and the driver.

According to the National Highway Traffic Safety Administration (NHTSA), deer collisions statistics account for about 1.5 million crashes every year.

First and foremost – safety first! With the encroaching amount of wildlife trickling in this season, it’s a vital time to buckle up. Given the likelihood of an encounter on or near a street with a deer, sudden stops are common. Therefore, buckling up should be your first step to ensure you, as well as any passengers, are seated safely in your vehicle.

Once you’re on the road, it’s crucial to remain as observant as possible. Despite this being paramount for all drivers to do every time they drive, with roaming fall wildlife, there’s that much more activity to pay attention to. Some well known heavily populated areas across the country remind drivers to be wary with deer crossing signs, but that doesn’t mean they are the only areas a driver could have an animal encounter on the road.

Step 3: Be wary of sunset and sundown.

Dawn and dusk are the two times of day that wildlife is most active. The problem is both dawn and dusk mark the two times a day where visibility is naturally lower for drivers. Our advice? If you’re driving on urban roads during these two-time frames, using high beam headlights to attain a firmer grasp on the activity surrounding the roadways is not a frowned-upon practice.

Step 4: Be observant of speed.

Even though it’s a best driving practice to drive within speed limits, that isn’t always what happens. In addition to animals, kids are back at school, so this time of year is critical for staying within speed limits. Arguably, it’s encouraged to cut speed slightly below the proposed speed limits to anticipate a possible animal encounter on the roadways.

Step 5: Be prepared to honk.

Given that deer are known to fixate on headlights, they will respond to the sound of a car’s horn. If a driver happens to encounter one in their path, it’s advisable to honk. As they are a skittish animal, the horn will aid the deer in moving out of the driver’s way who might be ‘stuck in the headlights.’ This will allow drivers to continue driving safely on the road.

Step 6: Be ready to brake to avoid swerving.

Despite doing everything in your ‘driving power’ to elude a possible collision, sometimes accidents happen. If a driver is faced with a confrontation with an animal, it’s important to ignore the instinct to swerve your vehicle away from it. This can cause more damage to you and your vehicle. Our advice? If a driver encounters this scenario, we recommend slowing down as much as feasible in order to maintain control of the car.

Whether you are a new or a seasoned driver, it’s important to be as vigilant as you can to avoid a possible collision with a deer. We want you to enjoy the road ahead this autumn, and we hope our list of preventable measures helps you feel secure while driving amongst our animal friends. 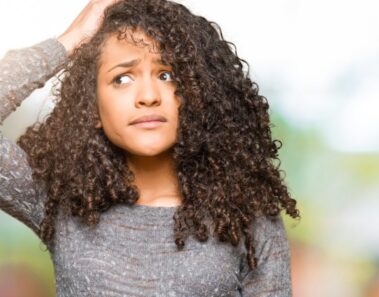 Why Is My Premium Different Than My Quote?

Savvy shoppers often shop around for the best deals. When it comes to car insurance, it isn’t unusual to get a quote from a few companies to make sure you get the best rate possible. While a quote is a pretty good indicator of what your premium might be—the amount you pay to an insurance […]