Speeding tickets are a pain in the neck for everybody who’s driving. Not even police really like issuing them. But you’ve gotten a ticket, even if it wasn’t justified, and now you’re debating whether to fight it. We can show you how to beat it.

The key thing to remember is that ultimately getting out of a speeding ticket is just a negotiation. This is no different than agreeing over who gets the last donut in the box or who makes the lunch run at work: the nice, agreeable, sensible person is not the one who gets the short end of the stick.

When You’re Pulled Over, Make the Officer’s Job As Easy As Possible

Pull over quickly and safely, turn off your car, turn on your interior lights, and make your hands visible. Stay in the car. Let the officer speak to you first, and once he or she does speak to you, treat the officer politely and don’t fight with him or her. In some jurisdictions, officers can actually mark a ticket so that you can’t fight it in court. Even though they’re pulling you over, the police officer is actually your best ally.

It Can’t Hurt to Ask

Ask the officer, politely, if there’s any way he can not issue you the ticket. If the answer is “No”, say “Well, it can’t hurt to ask.” Then accept the ticket and be on your way. The key here is that if the officer remembers you at all, and you really don’t want him to, that he remembers you as the guy who made a tough job easier and didn’t give anybody a hard time.

Your main goal, if you can’t get a ticket forgiven on the scene, is to get it forgiven in court. To that end, make friends with everybody, but especially the court clerk, because that clerk can get you out of paying a ticket with one polite conversation.

In many courts, clerks have the authority to take a ticket off your record under certain circumstances. If you’re friendly with the clerk, and you really just don’t want the ticket on your car insurance, they might have the authority to, say, have you pay the ticket and attend driving school for a few hours. This varies from court to court, but this is really a win-win for everybody involved: that ticket isn’t on your insurance, the court doesn’t have to spend money prosecuting you, and everybody involved saves a lot of time.

If That Won’t Work, Delay As Long As You Can

This one is pretty simple. You want to fade in the officer’s mind as much as possible. So delay. Don’t lie, but ask for a continuance. Realistically speaking, it will be granted more often than not.

Make It to Your Court Date

If you’re not there, you lose. That simple. Traffic courts just don’t have the time to operate any other way. This works both ways, by the way: if the officer who issued the ticket can’t make your court date, you’re instantly off the hook. It’s rare, but it happens.

Technically you’re arguing that you didn’t commit a crime: so of course, plead not guilty.

This is as basic as it gets: tell your side of the story. The officer will tell his, and ideally you were hundreds of tickets ago, so he may not remember what happened. The judge will decide who he believes more. Keep it simple, stick to the facts, and be polite.

If The Judge Decides You’re Guilty, Ask For Alternative Punishment

If all else fails, and you really want to keep this ticket off your insurance, ask the judge what he can do for you. Keep in mind that, if you’ve been sensible, polite, and generally pleasant to work with, the officer and the judge are unlikely to drop on you like a ton of bricks. Again, you’ll probably be headed to driving school and you’ll have to pay the ticket…but at least your premiums won’t be going up. 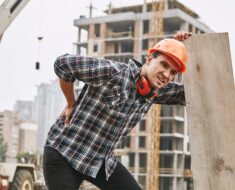