How to Drive Safely at Night 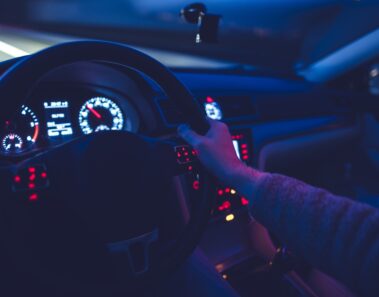 
Driving in the dark presents its own set of challenges for drivers. As the assortment of lights coming from nearby streetlamps and headlights dilate our pupils, our sight is naturally different in the dark. Not only is our perception affected our reaction time is also impacted. In fact, because things look different in the dark, drivers see less of the road in front of them, which can result in having less room to stop.

It’s no wonder some drivers are more instinctively hesitant during nighttime driving. According to the National Highway Traffic Safety Administration (NHTSA), fatal car accidents are three times more likely to occur during the evening hours.

To help ease your nighttime driving anxiety, here is our list of night driving tips to help keep you safe on the road ahead.

How to drive safely at night

Driving at night poses the risk of being amongst other drivers who may be driving while under the influence. Statistically speaking, the NHTSA has reported that the rate of fatal crashes involving an impaired driver is roughly four times higher during the evening than it is during the day.

At the same time, being behind the wheel during the late-night hours also means other drivers could be drowsy. The NHTSA reports that drowsy driving collisions are most likely to happen between midnight and 6 a.m. Given these two risks that come with driving during the nighttime hours, it’s best to drive defensively.

When driving at night, it’s important to always utilize your headlights as well as your high beams, when necessary. High beams should only be utilized when driving through rural or open roadways. To avoid impacting another driver’s vision, it’s best to be cognizant of the distance between yourself and other drivers. Rule of thumb, high beams should be turned off once a driver is within 500 feet of another vehicle.

As driving in the dark is already hard enough on our eyesight, it’s essential to keep windshields clear. Damaged or unkempt windshields can cause drivers’ vision to be skewed as well as distracted. At the same time, it’s just as important to make sure your headlights are clear, too. Therefore, before heading out on an evening drive, it’s best to keep your windshields and headlights as clean as possible to avoid challenging your depth perception even more so.

The probability of seeing wildlife milling about on or near roadways is much higher at nighttime than it is during the day. Often, deer collisions or other wildlife occur between dusk and dawn. Thus, remaining aware of all surroundings is crucial when trying to avoid getting into an animal-related car accident.

According to the NHSTA, speeding-related crashes represent 37 percent of nighttime-driving fatalities. In order to feel confident while behind the wheel at night, it’s important to slow down when you can. As visibility is significantly harder for drivers during the nighttime hours, driving within designated speed limits is highly encouraged for drivers to abide by.

As driving at night has its fair share of obstacles, it’s imperative to avoid the typical distracted driving behaviors. Driving in dark conditions is challenging enough. Because of this, it’s best for drivers to stay vigilant, and remain as alert as possible when behind the wheel.

Whether you are a new or a seasoned driver, it’s important to reflect on how to safely drive at night. As the days are shorter and the nights are longer in the winter, we wish you and your loved ones safe travels on the road ahead, especially when the sun goes down. 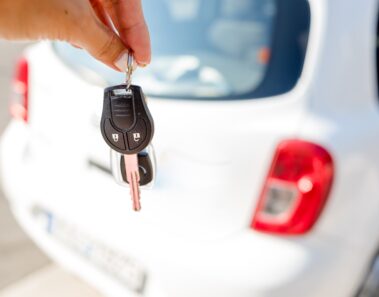 Everything You Need to Know About Your VIN

Every person has a unique fingerprint. The same can be said of cars, except instead of a fingerprint, they have a VIN number. Our cars VIN stands for our vehicle’s identification number, or rather, the unique string of digits that are used to identify your car. What exactly can this “fingerprint” tell you? Below, we […]