SafeAuto Fight Team member Melvin Guillard has seen a lot in his day while compiling an overall MMA record of 44-9-3.  There is one thing however that will never get old for Guillard; performing in front of US soldiers.  Guillard sat down with the Play It Safe Blog for an exclusive interview as he gets ready for his upcoming bout against Evan Dunham:

Play It Safe Blog: How has your training been going so far?

Melvin Guillard: It’s gone great. We’ve been in New Mexico the last three months. I haven’t seen my family since Fathers Day. I spent all the holidays here working with Greg Jackson and his winning team. It’s a confidence builder and really helps my mentality going into a big fight.

PISB: Is there a different feeling when you know you are going to headline a fight?

MG: Not a big difference. I’ve done it before and there is no added pressure. I treat every fight like a title fight anyway. I’m more excited that we are fighting in front of all the troops. That’s an honor to me.

PISB: Speaking of fighting for the troops, how do you feel the atmosphere will be at Ft. Hood this weekend:

MG: It will be electrifying! There will be great energy in the crowd. I think the sport of MMA and the troops go hand-in-hand. They will really appreciate technical fighting.

PISB: Have you done anything special to prepare for Evan Dunham?

MG: Not really. There’s no secrets to what I do. It’s all about execution. I need to keep control of the fight and continue my three fight win streak. I may be more aggressive on my attack and give people some of the old, scrappy Melvin, as well as some of the new Melvin from coach Greg.

PISB: How are you planning to deal with Dunhams’ reach while standing, as well as his ground game?

MG: He’s not much taller than me, and training with guys like Carlos Condit, Jon Jones, and Clay Guida has helped. I’ve sparred with the taller guys, so I’m experienced with that. I also love fighting Southpaws. I’m just going to flow with it.

PISB: Do you think you will need to keep the fight standing?

MG: Wherever it goes, it goes. On the ground, the old me would have panicked. Now, I gotta be in control and two steps ahead. I’m a well rounded fighter and my submission defense is much better thanks to my training partners. I’m not afraid to go to the mat.

PISB: You mentioned your training partners. Which of them do you tend to go hardest with? Do you have any in-camp rivals?

MG: Joe Stevenson and Clay bring the best out of me. (Donald) Cowboy Cerrone was always like my poison…he hit me hard. That’s what I love about Greg Jackson’s camp – everyone brings something different.

PISB: Are you training more in Brazilian jiu-jitsu than before and how is it going?

MG: Not a whole lot more. Most BJJ is MMA based. I’m working on new finishing moves like Clay’s guillotine.

PISB: You’ve asked for a title shot should you defeat Dunham. If you can’t get one, who would you like to fight next?

MG: It doesn’t matter. I’m currently tied for 5th in the rankings with Jim Miller, so he would be good. I’d like to fight anyone in the the top 5. Just no unranked guys as I want to keep challenging myself and go undefeated in 2011.

PISB: What are your thoughts on your boxing and are you doing anything to improve aspects of it?

MG: I’ve always had strong boxing. Dunham won’t outbox me. I’m ready to bring it and throw the whole kitchen sink at him. I’ve got my boxing down pat.

PISB: Are you considering dying your hair any other colors?

MG: No, I just re-did the blonde as it’s my trademark color.

PISB: Who are your favorite fighters in and out of the UFC®?

MG: Randy Couture is my childhood hero. I also love Kevin Randleman and Vitor Belfort. Today, my favorite fighter is myself.

PISB: Which strikers do you try to emulate?

MG: Growing up, my favorite striker was Ernesto Hoost and Remy Bonjansky.  They are K-1 fighters and I’ve definitely worked at picking up moves and combos from them.

PISB: Best of luck on Saturday and we look forward to seeing you represent the SafeAuto Fight Team! 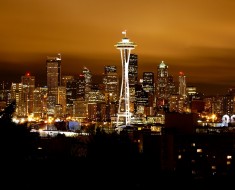