The SafeAuto logo has become a staple inside the Octagon since the state minimum auto insurance company became an official sponsor of the UFC®. This Saturday, the brand will receive more tremendous publicity as the red SA insignia will be present on Nate Diaz’s trunks as he takes on Benson Henderson in a nationally televised UFC® on Fox bout for the lightweight championship.

Diaz has been a part of the SafeAuto Fight Team for the majority of the 2012 calendar year. He even surprised fight fans in Dallas when he made an appearance at the SafeAuto booth at the DUB Car Show to sign autographs. This Saturday, it will be no surprise to see an action packed fight for the championship belt.

“I don’t think I’ve got a chance of winning any type of decision,” said Diaz to Inside MMA. “So I gotta go out there and do what I can do to try and finish my opponent, try to be the best fighter and win the fight.”

The championship fight in Seattle, Washington will certainly be a memorable one. Being associated with a championship UFC® bout is an event that the affordable car insurance company is very proud of. Be sure to tune in this Saturday on Fox to catch all of the action! 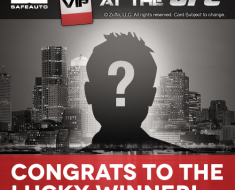 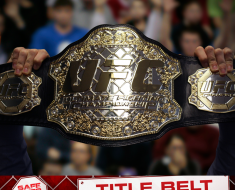