There’s a reason why we at SafeAuto put on the “Do The Jingle” Contest every year. Sure, it’s to promote brand awareness and tell people how they can save money on their auto insurance premiums. But we also want to showcase the talents of aspiring musicians across America — and maybe even help launch or bolster a music career or two.

Viewed through that lens, Bruce Hansen is the quintessential “Do The Jingle” Contest competitor. That’s because Bruce not only wants to perform for fun: his goal is to make a living at it.

Bruce was born in Houston, Texas and continues to live in the area. When you look at his bloodlines, it’s not surprising why he has gravitated toward music: Bruce’s grandfather played alongside legendary blues guitarist Lightnin Hopkins. But Bruce credits his grandmother for his ability to play by ear without the aid of sheet music.

Bruce started his musical pursuits early on in life. He played drums in his fifth grade marching band, took up piano at age 10, and began picking up a guitar when he was 12 years old. But Bruce admits that his true passion has been singing — and those talents are displayed in his “Do The Jingle” contest entry.

Bruce harkens back to his musical roots for his inspiration. Like his grandfather, blues artists such as John Lee Hooker and Muddy Waters (the “father of modern Chicago blues”) are present in his music. But Bruce’s musical preferences encompass a wide range of genres – from 50s and 60s rock and roll like The Beatles and The Rolling Stones to today’s popular acts like The Strokes, Foster the People, and Ra Ra Riot.

People in and around Houston may have seen Bruce performing at open mic nights throughout the city. He also plays guitar for a cover band called The Skylights, which performs at several venues, mostly in the northern part of the Houston metro area. In fact, that group was featured on the cover of North of the Border magazine in 2011 — and some of their music was even featured in a horror film called “Biker’s Mound.”

If Bruce has his way, he’ll be garnering praise and recognition (and cashing paychecks) for his songwriting, performing, or beat-producing skills in the near future. And we at SafeAuto would love it if Bruce were able to say that his watershed moment in his musical career came from winning the “Do The Jingle” Contest. So be sure and check out his video, and cast a vote for Bruce Hansen if you like it! 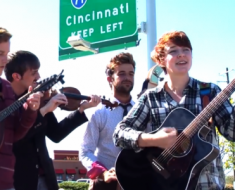 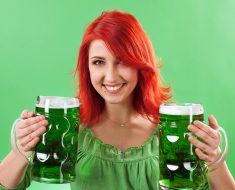