They’re all vehicle models which didn’t make it into 2012. After their 2011 model years, they were discontinued. Axed. Nixed. Given the kibosh. Voted off the island. Jettisoned to the land of the Edsel.

Want to know which unlucky cars and trucks will be joining them in the near future?

Here are 10 car models that are being discontinued by their automakers after the 2012 model year — along with the reasons why.

Sometimes it just sucks to be the middle child. But since Mazda’s larger CX-9 and smaller CX-5 are doing well, no one seemed to want the midrange CX-7. So much for the Goldilocks effect.

The stylish sedan had some good things going for it. But because Mitsubishi is moving toward smaller, more fuel-efficient product offerings, there was no room for the Galant in its plans.

Like the Galant, the sleek, sporty Eclipse doesn’t fit the mold of what Mitsubishi wants to produce in the coming years. Plus, sales in recent years have lagged for the Eclipse in the “budget sports car” category.

It may be hard to believe, but the minivan market is pretty crowded right now — and Kia’s entry really couldn’t compete with its counterparts. However, Kia does plan to release another minivan in 2014.

Is it a sport utility vehicle? Is it a crossover? Is it a wagon? One thing’s certain about this schizophrenic Dodge: it’s gone. Taking over its slot will be the new Dart sedan.

The luxury automaker was trying to make inroads into the alternative-fuel market with its first dedicated hybrid vehicle. But buyers seemed to eschew the HS in favor of the hybrid version of Lexus’ CT200. To compensate for the absence of the HS, Lexus will introduce the ES 300h in the summer of 2013.

Despite the smart marketing decision to use the term “R-Class” instead of “fancy high-priced minivan,” this model will not be found in American showrooms next year. But Mercedes will continue to produce the R-Class; they’ll just be shipped overseas, where they are still popular in other countries.

Hyundai has done a good job of selling its smaller sport utility vehicles, but that market success could not be matched with the three-row seating Veracruz. We’ll see if the automaker’s plans to produce a Santa Fe with a third row will attract any buyers.

The twin extended cab pickups offered by General Motors appeared to be a viable choice for truck lovers who wanted an available V8 engine without breaking the bank. Alas, the outdated interior, lackluster platform and transmission, and large turning radius were too much to prevent both models from being doomed to becoming bygone pickups of yesteryear. 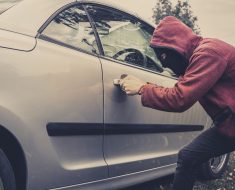