A snowstorm in Atlanta, Georgia completely shut down the roads in one of the largest cities in the United States. One to two inches of snow hit Atlanta on January 28th bringing traffic in the area to a standstill. The icy conditions in a city that isn’t used to snowfall and icy roads led to people abandoning their vehicles and waiting in traffic for over eight hours! 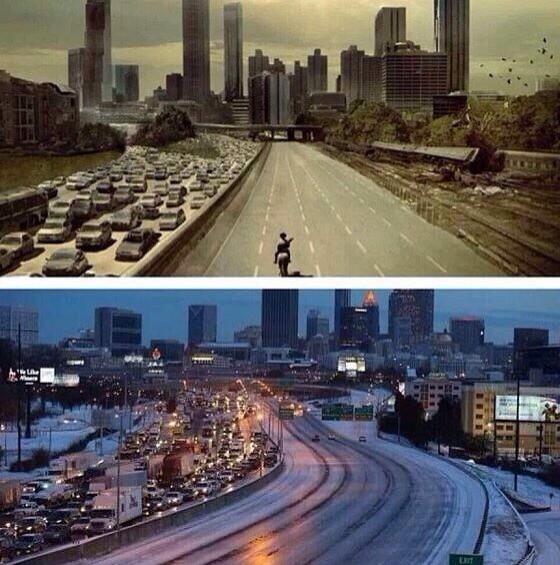 People are calling this traffic jam one of the worst in American history. Reportedly, there was a baby born during the terrible holdup.One policeman, Tim Sheffield, found a woman in labor alongside the road. “That baby was coming out no matter what,” he told TODAY. Before long, the mother had delivered a brand new commuter into the world’s most epic traffic jam. “It was beautiful,” he said.

With all of the accidents taking place in Atlanta, it is a reminder of the importance of having car insurance.  You’ll never be able to predict the unpredictable elements on the road.