Who doesn’t love a good car flick?  Your girlfriend, you say?  Well then dump her, because the correct answer is “everyone loves a good car flick.”  However, there’s nothing more disappointing than grabbing your jumbo popcorn and soda, getting settled in for an adrenaline-pumping cinematic event, and then spending 2 hours wishing the misery would end.  So to help you avoid this traumatic experience, here are the 5 best and 5 worst car movies of all time.  We’ll start with the best (everyone likes good news before bad news).

The 5 Best Car Movies of All Time

5. Smokey and The Bandit, 1977 – Some may argue with this choice, but not only is Burt Reynolds’s mustache in the movie, but that envy-of-every-Southerner jet-black Trans Am peels out so much, you can almost smell the burning rubber through the screen.  Underlying all of this is one of the most hilarious plotlines a car movie has ever had: The Bandit is trying to transport a bunch of cheap beer from Texas to Georgia.  It’s Turd Ferguson at his best.

4. Blues Brothers, 1980 – There’s prison, there’s blues, there’s skinny ties, and of course, there’s a 1974 Dodge Monaco police car speeding down Chicago’s Lower Wacker Drive (you may remember a similar scene on this street involving a Batmobile).  John Belushi and Dan Aykroyd are the original wearers of sunglasses at night (Corey Hart’s a thief), and watching giant police car pile-ups never ceases to make the rebel in all of us grin.

3. Bullitt, 1968 – Steve McQueen can make almost anything cool just by standing near it, and this is probably McQueen at his absolute coolest.  The ’68 Charger and ’68 Mustang are almost as breathtaking to watch as Jacqueline Bisset, and the chase sequence is the stuff of movie legend (made even cooler by the fact that Steve McQueen did his own stunt driving).  If you haven’t seen this film, slap yourself in the face, then go rent it.

2. Thunder Road, 1958 – If you take the #5 pick and make it cooler in every way, you get this movie.  Instead of Burt Reynolds you get Robert Mitchum; rather than a funny but bumbling sheriff you get hardcore policing in a 1957 Chevrolet; and instead of transporting a bunch of Coors in the Trans Am, Mitchum is running his load of moonshine in a 1950 Ford.  Grab yourself a jug of grain alcohol and enjoy.

1. American Graffiti, 1973 – Yes, it’s directed by the same guy that did Star Wars, but George Lucas left the nerds behind for this one.  It’s the quintessential movie mash-up of coming of age, teenage party mentality, and racing hotrods.  Featuring several names that folks would continue to see in lights (Richard Dreyfuss, Ron Howard, and Harrison Ford to name a few), not to mention a host of amazing cars (1932 Ford 5 Window Coupe and 1958 Edsel Corsair are definite standouts) this movie is the car movie.  It’s sort of like Dazed and Confused with drag racing, and without that creepy albino guy from Rent.

The 5 Worst Car Movies of All Time

5. Days of Thunder, 1990 – Apologies to the female readers, as this movie has quite a following with the ladies.  However, there are just too many problems here.  Top Gun was better as… well, Top Gun.  The soundtrack is familiar, and Tom Cruise is back: he actually wrote the story in this one and inexplicably named himself Cole Trickle (maybe it’s a reference to a distant extraterrestrial prophet).  The car scenes have a chance, but there’re just far too many attempts at NASCAR lingo and good-ol-boy-ness to stop you from hitting eject.  The biggest problem: no Goose!  And if you thought the movie couldn’t get worse, try watching it while listening to Creed (see clip).

4. The Fast and the Furious: Tokyo Drift, 2006 – Let’s be honest. Vin Diesel and Paul Walker were bad enough.  When you slide even further down the D-list to Lucas Black and a guy who just recently gave up “Lil’” as his first name (sorry Bow Wow, but you can’t name yourself an animal noise and expect to be taken seriously), you know things have gone awry.  Granted, some of the drift scenes are pretty solid.  But others, like when characters hold a casual conversation while silently sliding a continuous turn at 100 miles an hour on the Tokyo highway, are just ludicrous.  So to the writers, directors, and producers of the Fast and Furious Franchise: please, for the benefit of all mankind, stop making sequels.

3. Speed Racer, 2008 – One of Emile Hirsch’s only clunkers, this highly stylized remake of the cartoon just didn’t work for anyone over the age of 5.  Somehow the Wachowski brothers (of Matrix fame) got Susan Sarandon and John Goodman to jump on board even after the second two Matrix movies.  The Mach 5 still looked c

ool, but the Wachowskis put it in a landscape of high-tech chaos that made one ponder, “If you can fly in everyday cars, why are people still racing in four-wheeled, gravity-stricken automobiles?”  In essence, the film took the fun out of cars by making them look less fun than other vehicles in the movie.  Moral of the story: stop, speed racer, stop.

2. Driven, 2001 – This is one of several in the cinematic graveyard that is Sylvester Stallone’s post-Rocky-and-Rambo era.  Hyped as “Rocky on Wheels,” it in practice a disaster of bad plot, and worse Indy-type race scenes.  Not believable, not a good time, and to be honest, Sly looks well past his prime.  To be brutally honest, Cliffhanger was a better movie.  Yep.  Cliffhanger.

1. Herbie: Fully Loaded, 2005 – Ahhh where to start.  It’s Lindsay Lohan just as she simultaneously stopped being a child and never started being an adult; it’s a Disney movie about a sport based on drinking and crashing cars (NASCAR); it’s a self-aware car that is not KITT (should be considered a mortal sin)… this movie was never in need of a remake to begin with.  Seriously, if you were going to make a story about a car coming to life and racing in NASCAR, would you pick an old model VW Beetle?  Didn’t think so.  Two hours of conversation about cultural sensitivity with Mel Gibson would be time better spent than watching this movie.  Avoid like… well, avoid it like you’d avoid Mel Gibson.

So there it is, the five best and worst car movies of all time. So what do you think? Agree, disagree, just leave your comments below. 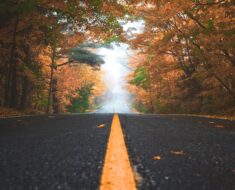