Millenials are very, very hard to sell cars to, as automakers are learning. They’ve never known a time, in their adult life, where prices weren’t a matter of comparing numbers on a website (i.e. they don’t see the need to argue with a salesman over trim options). They aren’t particularly interested in owning cars, as they tend to use public transit and car-sharing services such as Zipcar. And they don’t want their dad’s car, either, preferring something that sips gas, gets around cities with ease, and doesn’t require a huge auto insurance premium.

Small, sporty, and fuel-efficient, the Honda Fit is one of the most popular small cars out there, and for excellent reason. It can fit five comfortably in the cockpit, which feels roomy due to its window layout, and can also be used to haul huge amount of stuff thanks to the fold-down seats. It’s ideal for urban maneuvering, and although it’s more expensive than some other cars on here, the price is still well below the American average at just $17,000. Best of all, that’s where the hit on the wallet stops: It’s an average of 35 miles to the gallon.

One of the more popular cars overseas, the Spark was originally built for younger European and Asian drivers. It’s better known to Korean drivers as the Daewoo Matiz, for example. It was designed to appeal to space-conscious drivers who wanted a car but didn’t want the hassle of owning a car in a city: They wanted a small, reasonably-peppy, but easy-to-park vehicle. Thanks to years of development (the Spark’s precursors have been on the road since 1998), the Spark is an ideal small car, especially for those concerned about gas prices: It’s a fuel-sipping 38 mpg, and starts at $12,000.

The Smart will never win any beauty contests, but it wasn’t designed to. It was built to get around urban areas, and it does so with panache. It’s similar to the Spark, although it has less cargo space, and it gets similar gas mileage.

But, more importantly, you can park it pretty much anywhere. And that, as any city dweller can tell you, is invaluable.

The much-mocked Fiat is finally available in the United States. And it’s a bit more pricey than the other two door cars on here: It starts at $16,000. On the other hand, it also gets 40 miles to the gallon, on average, and the car itself is quite well-engineered, especially for a small city car.

The Yaris is slightly less fuel efficient than some other cars on this list: It averages about 34 miles to the gallon. But it starts under $15,000, and, unlike some of the other vehicles on here, is a four-door hatchback instead of a two-door. In other words, if you’ve got a lot of friends to haul around, and aren’t feeling a Fit, this offers a strong option that won’t burn a lot of gas. 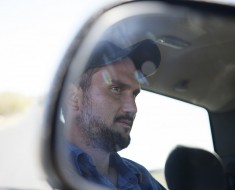