Getting 112 miles to the theoretical gallon, the i-MiEV (standing for Mitsubishi innovative Electric Vehicle) is widely ranked as the number one green car of the model year. It’s electric, obviously, and currently gets the best “mileage” of any electric vehicle. It gets a further boost because it uses the regenerative braking systems found in hybrids to save even more electricity. And unlike most cars in its size, it has a spacious cabin. It’s even fairly cheap as EVs go, about $26,000 before tax incentives.

The downside? It’s an electric vehicle, meaning it has a low top-speed of about 80 mph, and an even worse effective range: roughly 60 miles between charges. Equally problematic? The engine in the rear, and lack of four wheel drive. This isn’t a car for the open road: it’s a car to run errands in.

It’s the Honda Civic we all know and love, only it’s powered by natural gas.

The only problem is that…it’s powered by natural gas. Unlike plug-in hybrids and gas-powered versions, finding fuel for this Civic might be a bit of a challenge for most of the country.

The Leaf has been turning quite a few heads recently, and with good reason. It has a decent range for an electric vehicle: up to 120 miles on a single charge. It was also the first electric vehicle to be introduced to the US and have some genuine success as a car, so much so that you’ll have to reserve a spot if you want one.

The big drawback for the Leaf, though? Price. It costs around $32,000 before any tax deductions, much more than the MiEV, and it’s still not exactly an open-road type car.

The tried and true Prius pulls number four for a simple reason: efficiency and cost.

The Prius may be gas-powered, but it makes the most of it, with 51 miles to the gallon in stop-and-go traffic and 48 mpg on the highway, assisted by its battery system and regenerative braking. It’s also one of the more spacious of the current hybrids, with several configurations available for the different needs of different customers. And unlike the rest of cars on this list, you can actually take it on the road and not worry: since it’s gas-powered, it’s easy to fuel up, but much cheaper.

Cost-wise, the Prius is fairly light on the wallet as well, starting at $24,000. In short, if you need a car that can handle both long trips and errands, this is probably the way to go.

The Insight brings up the rear in both fuel efficiency, running at roughly 40 miles to the gallon, and cost: of all the cars on here, it’s the cheapest by a long shot, starting at $18,000 or so. Basically, if you want to save on gas, but are on a budget, the Insight is ideal for you. 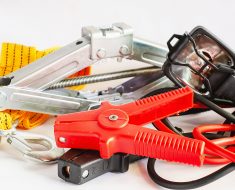