It seems like everyone wants to hear about “the best selling vehicle of the year.” Which isn’t too shocking; after all, everybody loves a winner, right?

But what about the other end of the spectrum? You know, the “lonesome losers” of the automotive industry? Don’t the unwanted cars deserve love (and auto insurance) too?

With that in mind, here are the seven worst-selling cars of 2011 (figures shown are year-to-date sales figures through July).

7. Audi R8 – Units Sold: 682
Granted, this is a luxury sports car, which is designed to be affordable only to a very small percentage of the car-buying population. But it doesn’t help that two of the R8 Spyder models are being recalled due to a fire hazard associated with the vehicle’s fuel line.

6. Mazda RX-8 – Units Sold: 544
The slow sales of this year’s RX-8 is not too surprising, given that Mazda had previously stated that 2011 will be the last model year it will be sold. Car buyers tend to shy away from the final edition of a vehicle in favor of holding out for the following year’s “next big thing.”

5. Mercedes Benz CL class – Units Sold: 532
This may be a symptom of the sales problems that the German automaker is having as a whole. July sales of the CL plummeted over 75% from the figures reported in July of 2010.

4. Mercedes Benz R class – Units Sold: 397
Like its CL sibling, the R class has seen a dramatic year-over-year plunge in July sales. This year, it’s a whopping 82.2%. (In July of 2010, Mercedes sold 314 R Class vehicles, which is 85 fewer than the entire sales output for this year!) Plus, it’s a crossover vehicle — which is probably not the type of Mercedes that most car lovers are looking for.

3. Chevrolet Caprice – Units Sold: 155
This year’s cellar-dweller bronze medalist was once a very popular sedan. But today, it’s not even being marketed to consumers. Most of the sales of Caprices are to government agencies, like police departments.

2. Lexus LFA – Units Sold: 36
The reason this Lexus is the 2011 runner-up is simple: it’s really, really, really expensive. A brand new LFA will set you back almost half a million dollars. Most American consumers don’t have that kind of scratch lying around.

1. Saab 9-4X – Units Sold: 17
This crossover wins the sales futility award for now — but there’s a really good reason for that. The 9-4Xs didn’t arrive in American showrooms until after Independence Day (and Saab still sold 10 more of them in July than Lexus did its LFAs). It doesn’t help matters that Saab has been struggling financially all year long, and has been dealing with problems related to cash flow, production, and suppliers throughout 2011. 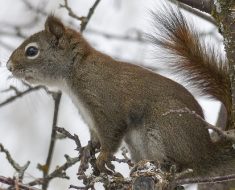