The Daily Dot claims that they have found the best car ad in the history of car ads on Craigslist, and we can’t help but agree.

Nate Walsh tried to sell his 1999 Toyota Camry on Craigslist for $1,5000 in St. Louis, but they won’t seem to let him. Walsh put together an amazingly outrageous listing, which even gained attention from outlets such as AdWeek, but Craigslist removed the listing, for reasons which Walsh (and ourselves) can’t really seem to understand.

Ok, so the listing is a little extreme. It lists pictures of some of his ex-girlfriends and their experiences with the car. The features listed make the car sound a little less than desirable. We think the advertisement is clever and pretty hilarious, and we want to know if you think the same. Share your thoughts about this ad on our Facebook page, and for a free auto insurance quote, visit www.safeauto.com. 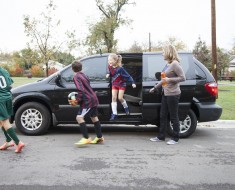