Did you know that the fewer cars that get stolen, the lower your insurance will be? Now that you know that, you probably would like it if there were also fewer car thieves out there on the prowl. But with these technologies, there soon will be.

Next time you’re in the market for a vehicle, consider some of these options. As an added incentive, they may even get you breaks in your car insurance – pretty cool, huh?

The Vehicle Immobilizer system is a factory option that uses a chip embedded in the keys of a Nissan or Infiniti vehicle. If a key is inserted into the ignition that does not have this chip, then the vehicle will no longer start, regardless of whether the chip-embedded key is inserted or not. This is to prevent thieves from rigging the ignition column, and basically makes them do think twice before boosting a Nissan or Infiniti model. It will also make you think twice before you put your key in the ignition, because if you put the wrong one in, you’re in trouble.

LoJack has been around for a long time, and it works. The core technology is an aftermarket GPS transmitter that’s hidden inside a car. If it gets stolen, the police are able to track its whereabouts twenty-four hours a day. The folks at LoJack say that stolen cars with LoJack devices are frequently returned to their owners within hours. High-tech thieves can now find the transmitters, since they have radio signals and a battery, but the work involved in doing so certainly makes your car safe from most common criminals.

This is a factory option available for GM vehicles, and for some models it comes standard. It’s essentially a safety and anti-theft device, where you call OnStar for help, and it detects if a car has been in an accident. OnStar also provides vehicle location services via GPS, should your car get stolen. Another anti-theft option with OnStar is something called the “Stolen Vehicle Slowdown System.” This allows law enforcement to limit the usage of the accelerator once they’ve tracked down a jacked car. Because nothing’s more satisfying that watching the criminal who stole your car try to make a hasty escape on foot. 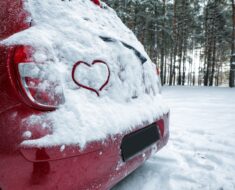