Advertising is designed to get our attention by any means necessary. And sometimes those means can rub some people the wrong way…even if they didn’t intend to.

We all know the Smart Car as the teeny little car with seemingly no space in it whatsoever, although you might be surprised what people can fit in the little guys if they’re feeling creative, or happen to go to IKEA. But they also made a pretty good point in their commercial: if you happen to be in a movie, it’s probably not a great idea to have a back seat.

The ad, made up almost entirely of clips offering tribute to cheesy action and horror movies, ruffled feathers because people thought it was too violent, featuring as it did shooting, stabbings, and people getting karate chopped in the neck. These people also lack a sense of humor.

This ad is inherently pretty silly: Audi imagines a world where instead of people guilt-tripping you about your recycling, they’ll send swarms of what appear to be cops from “Reno 911!” to your house to drag you away. The ad is full of very silly blink-and-you’ll-miss-it touches: for example, pause it at 0:43, and you’ll see the Green Police apparently use emission-sniffing…anteaters. It’s a satire, of course, intended to emphasize that Audi’s diesel cars are earth friendly without being, well, lame.

Unfortunately, we live in a world where people don’t understand satire, and controversy erupted among people who genuinely thought Audi was advocating for people who use incandescent lightbulbs to get beaten and hauled off to jail like common criminals. They were probably horrified by this next ad…

#3) Acura Gets In Hot Water…Twice

Acura recently hired two star athletes, Calvin “Megatron” Johnson of the Detroit Lions and Ashleigh McIvor, a gold medal-winning skiier, to star in a similar ad. They start out wearing their athlete’s tog, and a crew of speedy assistant strip them down to their skivvies and into elegant outfits.

Acura wanted to make the point that their cars look good but have a lot of muscle, hence the tagline, “Aggression in Its Most Elegant Form.”

Instead, they got an earful from people who thought the Johnson ad was racist and the McIvor ad was racy because you saw her bare back.

Why, yes, that is about twenty seconds of jokes about the male genitalia. Amazingly, this one actually made it past network standards and practices and made it to air.

It may seem a little early for us to declare this the most controversial car ad ever, but consider that less than a day after it hit the air, people were immediately arguing back and forth about whether Chrysler had taken out an ad that was for or against bailing out the automotive industry, and that it took Clint Eastwood himself to stop whatever he was doing, go on Fox News, and give everybody an old-fashioned tongue lashing before they stopped squabbling about it.

If it’s so controversial it takes the Man with No Name to clear it up, that ranks number one with us. 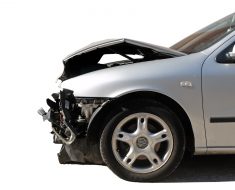 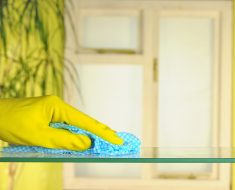