Seemingly coming out of left field, Portia Allen (aka Lady Rerun) has vaulted herself to the top of the SafeAuto Do The Jingle contest.  While her entry is not up to the technical or stylistic standards of other entries, Allen realizes that she has the help of voters who may view her as a novelty act.

“I think that I am in first place because I have a lot of people supporting me, but I also realize that some people take me as a joke and are voting for me for that reason as well,” Allen said.  “I hope that people see that I am a talented, creative person.”

While that talent is certainly debatable, what is not is her popularity, as she has the most votes as well as the most unique visitors to the Do The Jingle contest.  While other videos such as the Pinnell Dancers entry have more views, they have not come from as many sources as the Lady Rerun entry.

Allen is no stranger to internet fame.  Besides hosting her own online radio show, Allen is known for being the “Oh Crap Woman” on the TV show The Hole in the Wall.Allen has also appeared in an online modeling contest.  Allen believes these appearances have helped in her popularity.  “Many people have already seen me on television and listen to my online talk show,” Allen said.  “I network with a lot of different people and most of them are promoting my video.”

As a child, Allen was inspired by her father, Fred “Rerun” Berry (pictured below), of What’s Happening!! fame.

“My father is the reason why I decided to become an actress in the first place. I wanted to find a way for his legacy to live on and what better way to do that than through my own talents! My father has a very respected name and I am very proud to be his daughter. When all is said and done I am really just daddy’s little girl.”

While Allen promotes her entry through her personal website, she does have other favorites in the Do The Jinglecontest.  “The Pinnell Dancers are so cute, but my very favorite one is the Blues Brothers video,” Allen said.  If she wins the contest, she has big plans to spend the $5,000 grand prize.  “I would use it to take my family on a road trip.  My family has supported me through everything I have done for my career so far and I want to show them my love and give back to them,” Allen said.

While Allen’s supporters continue to vote for her in the Do The Jingle contest, not everyone thinks she is in first place because of true fans.  Conspiracy Theory front man Dana Eddy said, “We have no doubt that she has a few supporters, but there is also no question that she has dozens, if not hundreds or even thousands of Internet trolls voting for her merely to keep their insults towards her visible.”

One thing is clear; the battle for first place will wage on as ardent supporters of all groups look to maneuver their favorites into the top spot. 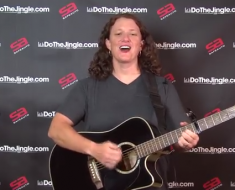 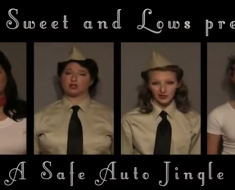