Missy Franklin set an Olympic world record in London while taking home the gold in the 200-meter backstroke. The 17-year-old backstroker beat the previous, three-year-old record by more than half a second when she touched the wall to finish in an astonishing time of 2:04.06.

America’s new sweetheart just got her drivers license a year ago! Yet, she has achieved more success at the 2012 Olympic Games than most athletes will accomplish in their careers.

SafeAuto Insurance has been watching the Olympics closely (and tweeting about it while rooting for Team USA). The state minimum auto insurance company figured that getting a free quote online at SafeAuto.com is about the only thing as fast as Missy Franklin (shameless self promotion).

While an online quote might take a tad bit longer than two minutes, we still want to congratulate Missy Franklin on winning an Olympic gold medal and representing the United States in perfect fashion! Remember though, if you are a speedster on the road, you will most likely get a ticket, not a gold medal. #DriveSafeSpendLess 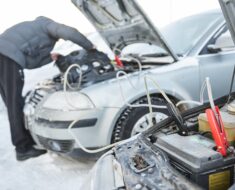