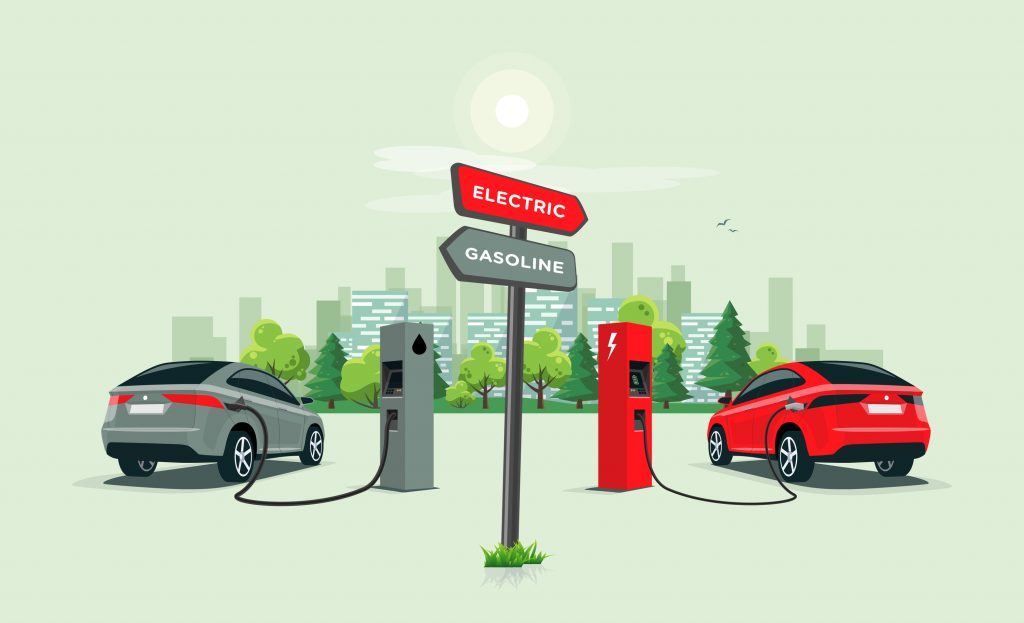 If you are in the market for a new vehicle you will find that there is more to consider besides car make and model. Whether for environmental or financial reasons, more and more people are saying goodbye to their gas-powered vehicles and purchasing hybrid or electric vehicles instead.

But what are the differences between hybrid cars and standard cars? Is buying an electric car worth it? Your friends at SafeAuto have the answers.

When you begin to compare hybrid cars and standard cars, you should start by knowing how each vehicle runs.

The combination of the gas-powered engine and the battery allows the hybrid to alternate between the two power sources, creating better fuel efficiency. If you compare hybrid cars against standard vehicles, the retail price of the hybrid will be higher, but the yearly savings will be greater.

You can compare hybrids and their standard counterparts on fueleconomy.gov.

It would take a little under 4 years of owning the hybrid to make up for the extra cost in retail price, based on fuel cost savings alone.

Pros of a Hybrid Vehicle:

Cons of a Hybrid Vehicle:

If a hybrid vehicle does interest you or you already own one, but you want to go even further and forgo gas altogether, an electric car might be the best choice for you.

Pros of an Electric Vehicle:

Cons of an Electric Vehicle:

So, is buying an electric car worth it? Well, in the end it depends on your lifestyle. If you live in the city and are concerned with your carbon footprint, it is something to consider. But if you have a longer commute to work or you travel a lot, perhaps a hybrid is a better option, or the traditional gas vehicle is still for you. At least until electric cars have longer battery lives.

Remember, no matter what kind of car you drive, it must be insured. Get a free quote with SafeAuto today!