As annoying and frustrating as traffic can be, it can actually be a sign of an improving economy. According to INRIX, “the correlation between rising congestion and stronger employment numbers is easy to understand: More people working, and more businesses ordering and making deliveries, means more cars on the road.”

Ok, well either way, we don’t know about you, but we still hate traffic. It’s a waste of time and fuel, and we’d rather avoid it if at all possible. So, here’s a list of the worst roads for traffic in the country, as determined by the INRIX, which is the leading provider of traffic information:

If you can avoid these roads, we say do so at all cost. No matter where you’re driving though, make sure you’re insured. State minimum auto insurance company, SafeAuto will keep you “Legal For Less.’ 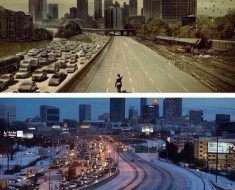